Warning: Use of undefined constant REQUEST_URI - assumed 'REQUEST_URI' (this will throw an Error in a future version of PHP) in /home/templefi/public_html/wp-content/themes/jannah/functions.php on line 73
 8 Important Business Lessons Lions Can Teach Entrepreneurs - Temple Finance

Imagine a group of Harvard Business School students listening to a lion presenting a TED Talk on leadership and entrepreneurship.

OR a group of entrepreneurs gathered around a TV watching a series about lions on Nat Geo Wild and taking notes.

From Mufasa through Simba to Christian the lion cub from Harolds and countless more; including religion, literature, culture, politics, business-name it, lions have strolled majestically into mainstream consciousness.

And speaking of entrepreneurship, there’s so much we can learn from lions about becoming better leaders and business persons.

This article, we explore 8 lion attributes and the entrepreneurship lessons we can learn from them to improve our businesses.

Why Do We Admire Lions?

Released June 15, 1994, the beloved animation movie has performed so well so far with roaring applause from far and wide.

NB: Figures correct as of the time of publishing.

Lions are strong, bold, brave, respected by other animals, feared and loved by humans for these and more qualities they possess.

This clip from “A Lion Called Christian” showing the bond between a lion and the men who raised him has recorded nearly 14m YouTube views as of this writing.

What Have Entrepreneurs and Lions In Common?

A lot. Below are a few similarities and differences.

Basic Similarities Between Lions and Entrepreneurs

Basic Differences Between Lions and Entrepreneurs

Fellow Entrepreneurs, now join me as we acquire a quick MBA from what lions have wired into their DNA.

8 Entrepreneurship Lessons Lions Can Teach Us

Lions are astute, bold and courageous.

Call it the ABC of entrepreneurship. For instance, it takes courage to quit a 6-figure job to pursue entrepreneurship like Lydia Lee, who left her cushy job to found ScrewTheCubicle.

Noah Kagan lost his job at Facebook then went on to found AppSumo. Others had no jobs at all, refused offers, faced ridicule and lack until their big break.

People like Bill Gates, late Steve Jobs, quit school to follow their passions and today you’re probably reading this on a Microsoft or Apple device.

Sadly, only about 1 out of 8 lions make it to adulthood after being kicked out of their pride.

Similarly, over 55% of US businesses die off after 5 years, and only about 29% survive after their 10th anniversary.

To survive and thrive as an entrepreneur, you’ll need more than courage and boldness. You’ll need to develop sharp survival instincts.

Which leads us to

Lions can reach an average speed of 50mph for a short period and can only run in a straight line, yet they must hunt prey that sometimes runs zig-zag to evade capture.

They stalk prey for a while then spring surprise attacks on those close enough and in their direct line of sight to fix this.

Knowing your SWOT and those of your prospects and competitors will help you develop a cost-effective winning strategy.

Assuming you own a Shopify dropshipping store powered by apps like Oberlo, learning how to use Facebook Ads, for instance, will help you target the right audience. That’s a strategy, my friend.

And if one strategy doesn’t work, try another, it’s called A/B Testing.

Lions do it. They hunt better in the coalition, groups of 3-4 or more. This way, chances of success multiply even if they have to divide the spoil.

You may need to carefully find a co-founder with shared values who will also share your risks, contribute equity, and increase your chances of success, network and funding.

You may also need to hire freelancers to get the job done. They could be cheaper and readily available.

Whatever you do, don’t always go it alone.

Which brings us to

A lion’s pride is his pride. He does everything in his power to protect it and everyone in it. Lion pride provide communal support for the young.

Virtual communities can be a big help, too (budding) entrepreneurs. If you’re still a cub find and join a relevant Facebook Group, for instance. Remember, lions are social; in fact, the most social of all big cats.

There are thousands of professional groups on Facebook for nearly every industry or vertical you can imagine. They share useful tips and hacks to make your entrepreneurial journey easier.

Adult lions can eat an average of 8-9kg of meat daily. Sounds like a lot. Of course, like all humans, entrepreneurs need to have breakfast, lunch and dinner as much as they can, but that’s not my point here.

As an entrepreneur, you need to feed your mind with the right information constantly. There’s plenty out there. Some are toxic, so be picky.

Community and continuity are key to survival. Lion cubs perfect their hunting skills via play with prey suitable for their age.

As an entrepreneur, you need to have an institutionalized succession plan in place.

Success without a successor is a failure in disguise.

Steve Jobs is gone, but we’re still reaping the fruits of his Apple.

Become a mentor, train people and leave a train of legacies behind you.

As an entrepreneur, I sometimes find myself working longer hours than my late 9-5 job.

I’ve got a copy to write, client meetings, goals to reach…

But then I look at the Lion. He can spend the lion share of his day sleeping, up to 20 hours some days.

So after a successful, sometimes stressful project, I have learned to take out time to rest and reset once a while, like my lion friends.

Entrepreneurship is an interesting adventure. Learning how to maximize it from a Lion will help you develop the lionheart you need to succeed. 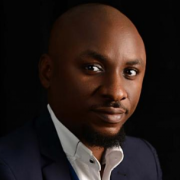 Guide to Forming an Offshore Company

How to Buy, Keep and Spend Bitcoins [Complete Guide]

What is Ethereum and how to use it?

Exactly why Consider MetaTrader 4 and MetaTrader 5 for Trading
May 28, 2019

Perform Forex Trading Like A Pro With Best Forex Robot
May 27, 2019